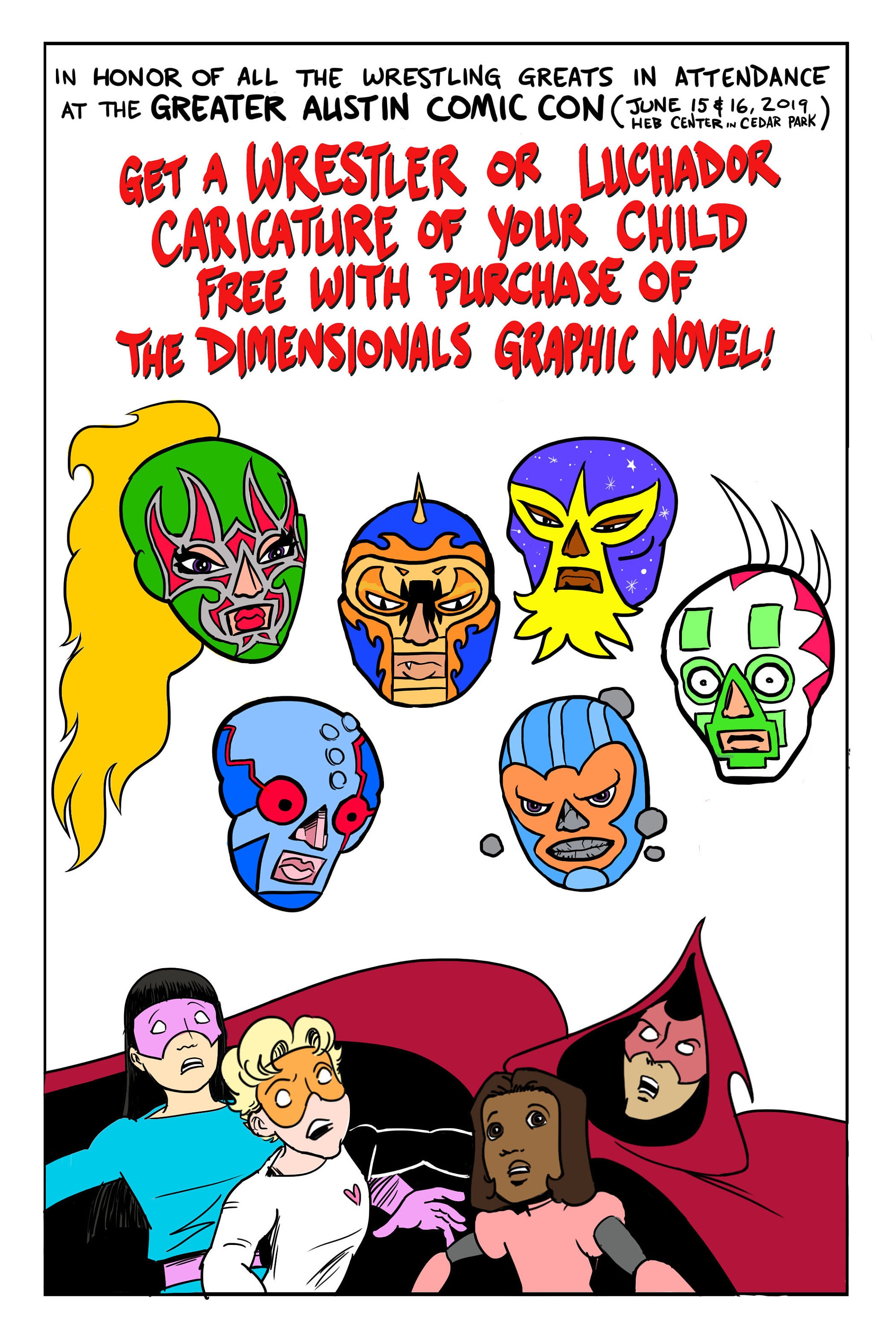 We've got two big events coming up during which Bryan will be providing caricatures!  The first event will be dog caricatures only (Paws in the Park, May 19), and the second will be limited strictly to humans (Greater Austin Comic Con, in June).

But it turns out Bryan used to work in a science lab that had a lot to do with the biology behind how humans process FACES... and therefore, how caricatures work: Especially the grotesque ones that shouldn't really even read as faces, yet somehow still do.

How do they do that?

Bryan had a couple of jobs in that lab:

One was to welcome parents who had volunteered to bring their babies in and submit them to our experiments, and assure the parents their babies were "normal." (In fact, we were watching the babies to learn what "normal" was!)

Another was to explain to parents that their babies would be watching pairs of faces flashed on to a screen, so that we coud see which faces the babies looked at the longest. (This was in an attempt to make judgments about "attractiveness" that would not be laden with cultural baggage.)

To make the babies comfortable, this could be done as they sat in their parent's lap. And of course, that parent would need to be wearing a blindfold, so as not to unconsciously affect the child's choices. Totally normal, right?

The baby trials were trying to measure the attractiveness of the "average face" discoveries: When you gather photographs of random faces on slides, and shine a powerful-enough light through them, you end up getting an image that looks like a real face, and somehow a vaguely attractive one at that.

The theory seems to be that this is simply how we DEFINE a face: By taking every face we see and mushing it together into the average.

And that's where caricatures come in.  You can take ANY detail on a face, and push it to extreme lengths, and it will remain recognizable as your subject, as long as you are accurately noting HOW this detail differs from the "average face" and pushing it AWAY from the average, not TOWARD it!

So all those months in the lab were spent working on our comics after all. Time well spent!

Previous Post Ima Hogg and the Texachron Monocycle
Next Post Condescending Manor: The Lincoln Library
0 items in your cart